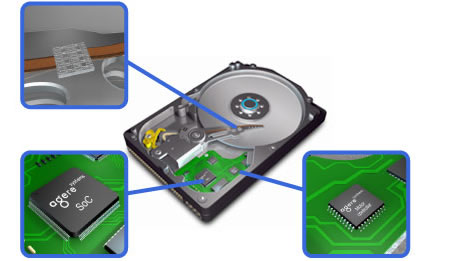 An HDD’s preamplifier is closely tied to the performance of the drive’s heads and media. As a drive “reads” analog data from the disk drive platter, the preamplifier amplifies these extremely small signals before they are sent to a read-channel IC for sophisticated processing and digitization. A preamplifier is also integral to the write process by driving current through the inductive write head, which records information on the platter. Agere expects to be in volume production with its high-performance PA7800 preamplifier IC by the fall of 2007.