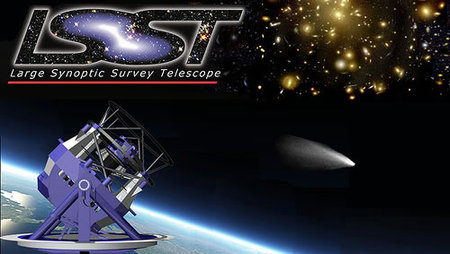 Simonyi is donating $20 million and Bill Gates $10 million to pay for three major mirrors that will be used in the Large Synoptic Survey Telescope, a nearly $400 million project that will be able to survey the entire sky every three nights – something never done before. The Large Synoptic Survey Telescope is to be built on 9,000-foot Cerro Pachon in northern Chile. It will take an image every 15 seconds nightly, and its camera – the world’s largest and most powerful digital device – will read out the image in 2 seconds. With the telescope operating, scientists will be able to quickly find Earth-threatening asteroids and exploding stars called supernovas and will be able to map out 100 billion galaxies.

Astronomers anticipate surveying the heavens for 10 years, with observations starting in 2015. Gates called the telescope imaginative in its technology and approach and that LSST is truly an Internet telescope, which will put terabytes of data each night into the hands of anyone that wants to explore it.