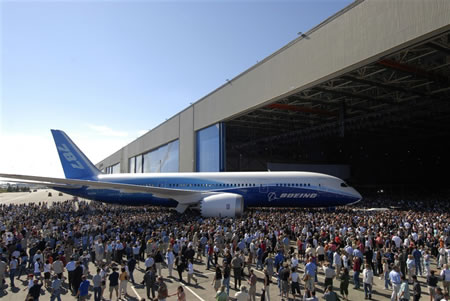 Boeing Celebrates the Premiere of the 787 Dreamliner

Boeing officially debuted the technologically advanced and environmentally progressive 787 Dreamliner in a celebration attended by employees, airline customers, supplier partners and government and community officials.The Boeing 787 Dreamliner Premiere was broadcast live in nine different languages via satellite to more than 45 countries . In all, the 787 Premiere potentially reached 100 million or more viewers, making it one of the largest corporate TV and Internet broadcasts in history. The Boeing 787 Dreamliner, the world’s first mostly composite commercial airplane, will use 20 percent less fuel per passenger than similarly sized airplanes, produce fewer carbon emissions, and will have quieter takeoffs and landings. 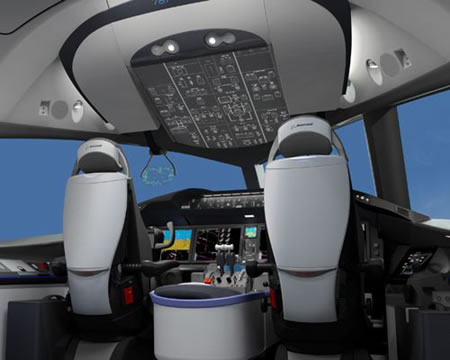 Following the premiere, the first Boeing 787 Dreamliner will be completed in the Everett factory – including the installation of final systems elements, interiors and flight test equipment. First flight of the airplane is expected in late August or September. A total of six airplanes will be included in the flight test program, which will conclude in May 2008 with the certification of the airplane followed shortly by the first delivery of a 787 to ANA. 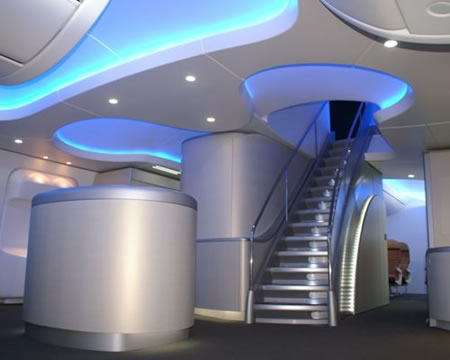 To date, 47 customers worldwide have ordered Boeing 787 Dreamliner airplanes worth more than $110 billion at current list prices, making the Dreamliner the most successful commercial airplane launch in history. The first 787 is scheduled to enter passenger service in May 2008.