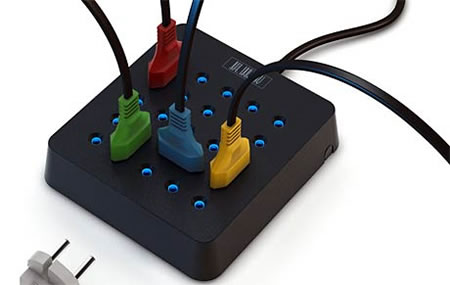 It is a known fact that many electronic items sucks about 5 percent to 10 percent of the energy used in America’s homes each year even when they are turned off. It’s a phenomenon called phantom load. That’s the same amount of power generated by 17 coal-fired plants annually, according to Brian Keane, president of the energy-efficiency think tank SmartPower. Cable box and flat-screen TV are among the worst offenders. Microwaves and cell phone chargers are power suckers, too. But let’s face it, no one’s going to plug and unplug that army of cords attached to the stereo, cable box and TV to watch American Idol every week. Solution is simple. Buy a power strip. One flip of a switch gives you instant savings, as much as $110 a year.

You save approximately $10 annually for a Cell phone charger, $4 per year for PC speaker and dumping that desktop for a laptop could put $36 in your pocket annually. With all latest energy efficient devices using latest digital technology, Americans homes uses five times more power than the home of the 1950s.