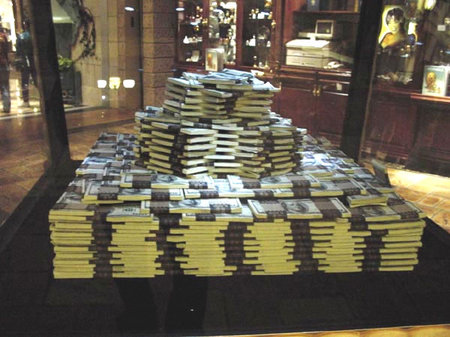 Buyers save around 19 billion dollars bidding on eBay auctions during 2007!

Buyers save billions of dollars each year bidding on eBay auctions, according to a new study that quantifies the benefits online consumers enjoy over and above what is derived by sellers, or eBay itself. The independent research by two statisticians from the University of Maryland’s Robert H. Smith School of Business found buyers saved $7 billion that they might have otherwise been ready to pay in a study of eBay auction behavior in 2003. A linear projection of the research findings would mean consumers saved around $19 billion during 2007.The study highlights the delicate balance eBay must strike between the interests of buyers and sellers on its site.The flip side of the same data shows that sellers leave billions on the table that they might otherwise have charged buyers by setting higher prices.

The research examined consumer purchase data from more than 4,500 U.S. and European auctions in 2003. The $7 billion in projected savings across eBay amounts to about 30 percent of the $24 billion of total merchandise sold through eBay that year. On eBay, winning bidders only pay the next increment above what the second highest bidder was willing to pay. The difference between each winning bid and what the buyer ends up paying amounts to consumer surplus.