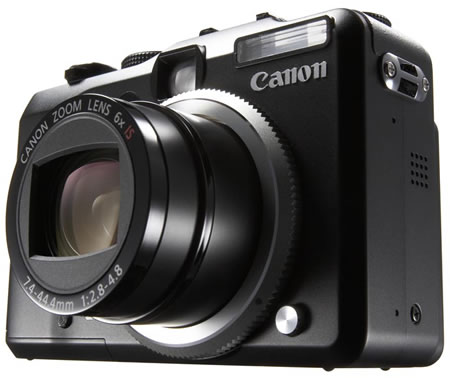 Canon’s PowerShot G7 digital camera, the new flagship of Canon’s ever popular fleet of PowerShot digital cameras is compact and comfortable to hold, handle and use. The PowerShot G7 digital camera is equipped with a fast and sharp f/2.8-4.8 6X optical zoom lens (35-210mm, 35mm equivalent). Canon’s specialized SR coating augments the all glass lens, the first time this lens coating technology has been applied in a compact digital camera. The precision lens also features an extreme macro setting that focuses down to one centimeter. A combination of technological advancements, as well as the introduction of the DIGIC III image processor has allowed the PowerShot G7 digital camera to become the fastest G series camera to date, with a startup time approximately twice as fast as its predecessor at 1.4 seconds (LCD monitor on). Other firsts on a G series model include Optical Image Stabilization and the addition of 13 new special scene modes for a variety of shooting situations. 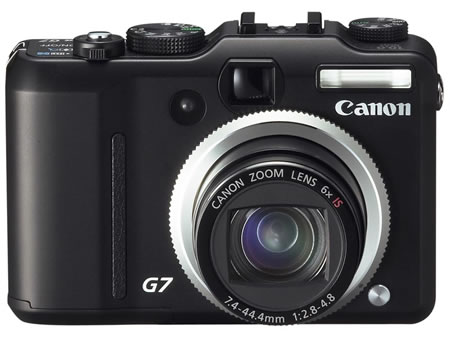 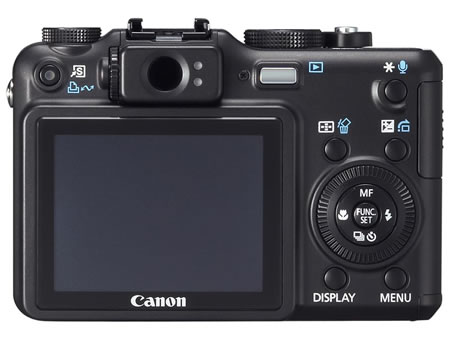 The Canon PowerShot G7 model also adds the “My Colors” function. Users have added flexibility with an increased ISO sensitivity, which ranges from 80-1600, or as high as ISO 3200 in the special scene mode. The Canon PowerShot G7 remains true to the G-Class tradition by offering an array of the industry’s advanced photographic features. The Canon PowerShot G7 measures 106.4 x 71.9 x 42.5mm, weighs 320g (camera body only) and will be available from October for approximately 60,000 Yen ($510).
Via Canon (Japanese)