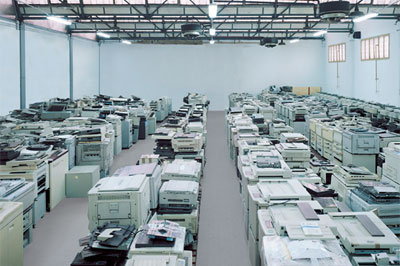 Canon to recall copiers that can catch fire

Canon said on Tuesday it would recall more than 140,000 personal copiers because they could produce smoke or catch fire, costing the office equipment maker about 200 million yen ($1.7 million).The company said in a statement it would inspect and replace three compact personal copier models made in Japan between 1987 and 1997 due to a faulty connection involving the power cord. A total of 141,218 units are subject to the recall. Canon says that about 1.87 million units of the copiers have been shipped worldwide, but estimates that at most 270,000 units are still in use.The latest reported incident was earlier this year in Japan but there were 3 incidents overseas in 1998, Canon said.

Canon’s announcement comes within weeks of recalls by computer makers Dell Inc and Apple Computer Inc involving millions of notebook PC batteries made by Sony Corp that can overheat and catch fire.
Via Reuters