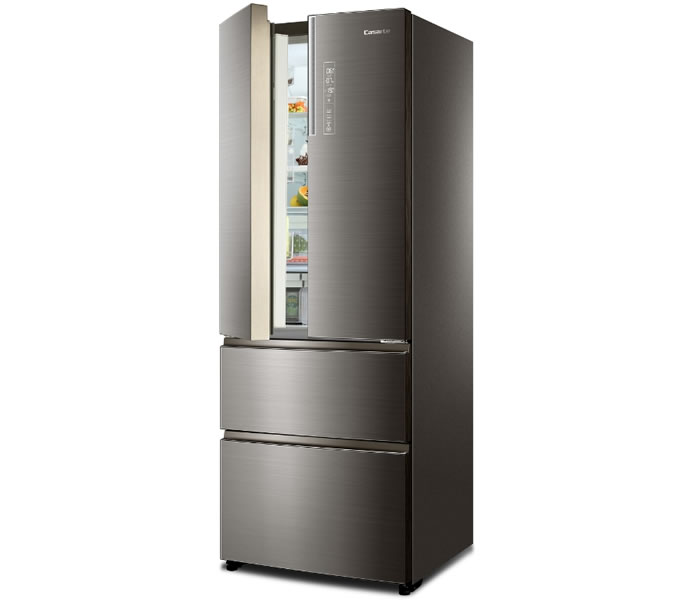 High-end home appliance maker Casarte would roll out the world’s first oil-less compressor refrigerator on March 10th in China during Homexpo at Shanghai Expo Park. Oil-less compressor technology, originally used only in military applications, has, for the first time, been introduced into the home appliance industry by Casarte. It is the world’s first application of this technology to refrigerators. The biggest advantage of the oil-less compressor refrigerator is its ability to maintain a constant temperature and, as a result, sustained freshness of the refrigerator’s contents. Operation of the refrigerator is significantly more stable compared with a traditional model. The unit is capable of maintaining an interior temperature range of ‘0.05,’ a range that by industry standards would be considered a constant temperature, thereby maintaining the freshness of the contents.
The Casarte oilless compressor refrigerator has the makings of a game-changer in terms of the amount of effective usable space for refrigeration. The compressor of a traditional refrigerator is usually installed at the bottom of the freezer and is quite space-consuming, however, in the case of the oil-less unit, the designer moved the compressor to the top of the refrigerator, making more room for the freezer and greatly expanding the effective usable space within the unit. Casarte is an international premium brand fashioned after Italian elegance, and its core product lines include artistic consumer electric appliances and integrated kitchenware. The brand name Casarte is derived from the Italian words La Casa, which stands for Home, and Arte meaning Art. Casarte is thus a combination of both words – Art of Home.
Source:-