Casio announced today the latest addition to its Baby-G line of shock-resistant watches for women. The new BGA-151GG watch is based on a collaborative effort with the Korean girl pop group, Girls’ Generation, who are Baby-G brand ambassadors.

The BGA-151GG watch features a fashionable big face that stands out stylishly on the wrist and is available in a choice of three colors: black, red, and white. The black and red models feature gold highlights, while the white model features pink highlights, reflecting the active, pop image of Girls’ Generation. The watch comes with special packaging that features the signatures and photos of the members of Girls’ Generation, and an exclusive notebook with Baby-G and Girls’ Generation printed on the cover, making it the perfect model for collectors. 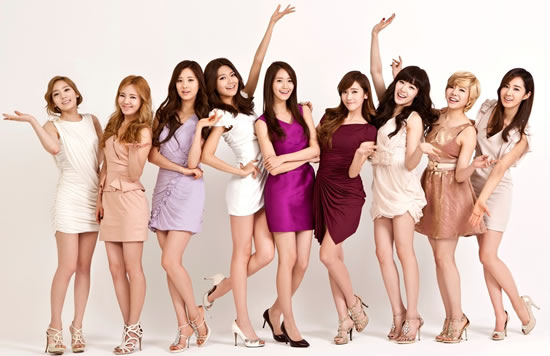 Girls’ Generation is a South Korean girl group formed by S.M. Entertainment in 2007. They are also referred to as SoShi or SNSD, both abbreviated forms of the group’s Korean name, and are known in Japan as Shoujo Jidai. They gained attention at the beginning of their career with songs such as Into the New World and Kissing You but it was not until 2009 when they gained significant popularity with their hit single Gee , which would be named as South Korea’s Song of the Decade . Girls’ Generation embodies the “Tough, Cute and Cool” concept of Baby-G watches, and they have been Baby-G brand ambassadors since July 2012.