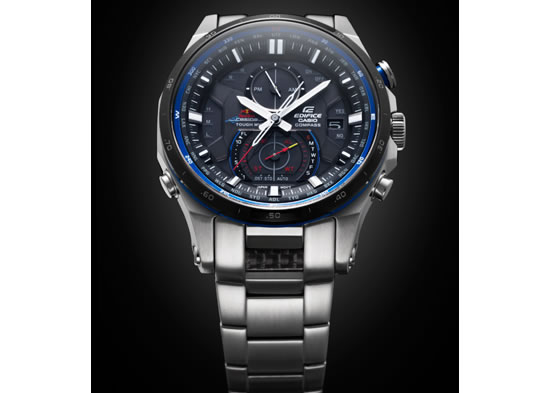 The team colors of blue and red have been incorporated into the bezel ring, city codes, and second hand, and the team logo is emblazoned on the face, making this is a watch well worthy of the Casio and Infiniti Red Bull Racing Team partnership. The new limited edition model has a compass function that operates with a small sensor. The Smart Access system also makes the plentiful functions a snap to use.

The new watch comes in special box packaging with a card featuring photos of RB9, the Formula One race car of Infiniti Red Bull Racing, and the team’s drivers, Mark Webber and Sebastian Vettel. This exceptional model – EQW-A1200RB has everything it takes to delight collectors.