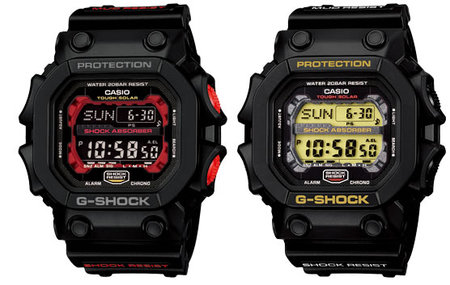 Casio announced today the release of a bold new addition to its G-SHOCK family of shock-resistant watches—the GX-56, an extra-sized watch featuring a uniquely powerful design that exudes pure shock-resistance.The Casio GX-56 employs all the features of the basic construction of other G-SHOCK watches while introducing a new twist on the shock-resistant design by using functional materials to cover every part of the watch. Casio’s newly developed double-layered urethane-resin bezel covers the case, button areas and watchband bindings with soft plastic, which is then overlaid with hard plastic. 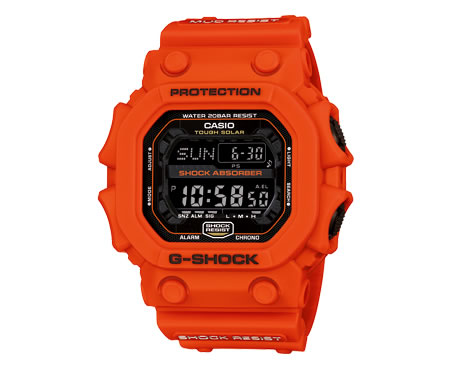 The watchband is connected to the case and buckle by screws to provide even greater reinforcement against shocks.The Casio GX-56 is equipped with Casio’s Tough Solar power system, which runs the watch on energy from either sunlight or fluorescent light. The GX-56 comes in three models: black with a white LCD readout on a dark background; black with a gold LCD; and an even more striking orange with the white LCD readout.