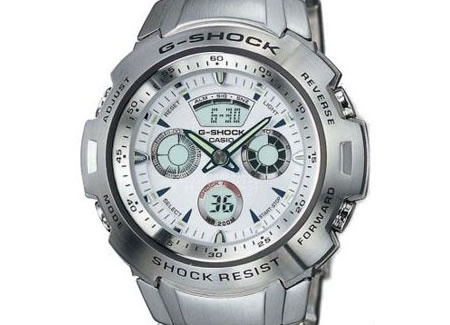 The Energy Policy Act of 2005 added four weeks to daylight-saving time, effective this year, causing it to begin three weeks earlier and end one week later, leaving many consumers with potential headaches. Many clocks, watches, computers and other time-keeping devices are pre-programmed to change for daylight-saving time on the first Sunday in April, but with Casio’s atomic timepieces, consumers can be sure their watches will automatically update on Sunday, March 11th. While the one-hour time difference does not seem like much, Casio realizes that for those with busy schedules, a one-hour time error can throw schedules completely off track. The technology offered within Casio’s atomic lines of timepieces provide consumers with a hassle-free and on-time arrival when the time changes.

The atomic feature can be found within Casio’s G-Shock, Baby-G, WaveCeptor, Pathfinder and Oceanus lines. The built-in solar technology eliminates the worries or replacing batteries, and the atomic function means minimizing the worry of having to reset the time.