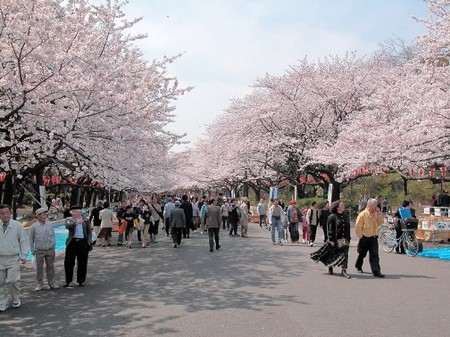 Cellphone ringtone in Japan shakes out pollen struck in the nose and brings relief from pollen allergy!

The Japan Ringing Tone Laboratory has released its latest invention just in time for the cherry blossom season, when white and pink petals shower the country and pollen allergies and sinus problems cause misery for millions. The Tokyo-based high-tech gadget maker’s newest cellphone ring tone can bring relief when users hold the handsets under their noses. The developer Dr Matsumi Suzuki feels the ring tone unleashes waves that will shake out pollen stuck in the user’s nose. Index Corporation, which markets the ring tone, warned that the effectiveness may vary among users and that there is no guarantee for the ring tone.

The company has also come up with ringtones it says help users attract members of the opposite sex, lose weight, quit smoking, digest food and relieve shoulder aches. Index Corporation has also developed the Bowlingual gadget that can translate dog barks into human language, sold by toymaker Takara Tomy since 2002. The gadget has a handset and a microphone attached to a dog collar that is billed as analyzing six emotions including joy, sadness and frustration, and utters phrases such as “Play with me!” A version also exists for cats.