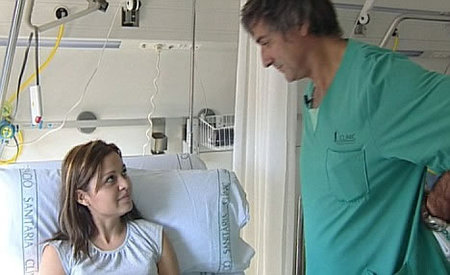 30-year-old Claudia Castillo has an artificial airway created entirely from her own stem cells. A mother of two has become the first person in the world to undergo a whole organ transplant grown from her own stem cells. From being virtually bedridden after her windpipe became blocked, 30-year-old Claudia Castillo, above, is now able to resume the active life she once had. The breakthrough is thanks to the pioneering work of British scientists, who are hailing a new dawn in transplant surgery which they believe could revolutionize the lives of millions. British scientists believe the technique could be extended to allow surgeons to replace organs such as the heart and the lung, and are confident it will be the normal way of carrying out transplants in just two decades. And because the technique makes use of adult stem cells donated by the patient, it sidesteps the ethical issues around the use of embryonic stem cells. 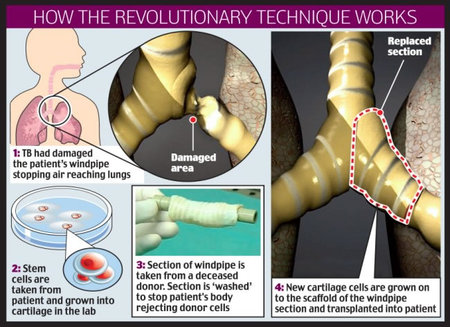 At present, patients having organ transplants must spend the rest of their lives on powerful drugs to suppress their immune systems, but this can leave them vulnerable to other infections and complications. The new technique ends the need for immuno-suppressant drugs. It uses part of a donated organ as a skeleton to grow stem cells on, but because these parts can be stored for longer than full organs, the method could save many more people and have an impact on lengthy waiting lists.
Source:-