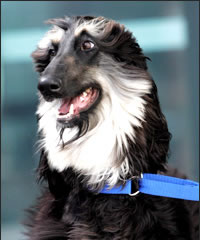 Scientists at Seoul National University Korea are seeking to commercially clone dogs this year _ the world’s first attempt to create canine clones for money. Senior researcher Kim Min-kyu at the Seoul-based University is spearheading the efforts based on his team’s expertise in cloning dogs. As per Mr. Kim early last month, they signed a memorandum of understanding with the Korea Customs Service to clone its drug-sniffing dogs. They have already obtained somatic cells of the expensive dogs and will attempt to clone them in July or August to get puppies late this year at the earliest.

Demand for drug and explosive sniffing dogs has outstripped supply after the Sept. 11 terrorism attacks in 2001, as countries focus on beefing up security, according to Kim. But he refused to elaborate the terms of the MOU. Kim played a pivotal role in creating the world’s first cloned dog, a male named Snuppy, in 2005 as well as three other female clones last year. Still, no other scientists on the planet have succeeded in cloning a dog except Kim’s team.