The Consumer Affairs Agency, Government of Japan has issued a warning to consumers to be careful when using topical coolant skin sprays after a number of cases in which people sustained serious burns after the spray ignited. According to the agency, since April 2009, more than 100 cases in which spray cans exploded and burned individuals have been reported.


The agency posted a video in which a mannequin wearing a shirt was sprayed. Next, someone holding a small match walked near the mannequin and suddenly the flame jumped from the source, onto the sleeve of the shirt, and then in an instant, the entire figure was engulfed in flames. The video was intended to show how dangerous using the spray can quickly become, and that consumers should take precautions accordingly. 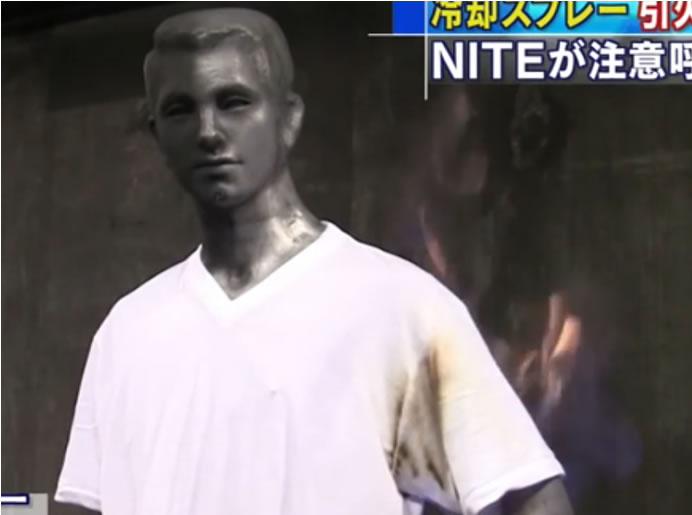 In one incident on July 20 in Osaka, a man applied some spray while inside his car. Shortly after, when he went to light a cigarette, the flame from his lighter suddenly ignited the volatile chemical. Police said the man was severely burned.