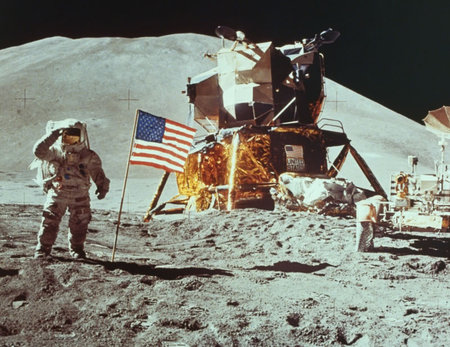 Contract for the guidance and navigation system for first lunar module was settled in one terse phone call!

On Wednesday, Neil Armstrong and Buzz Aldrin ScD, the first two human beings ever to have left their footprints on another world, stood on the lawn in front of Kresge auditorium in a rare side-by-side appearance. They were posing in front of MIT’s most recent student hack – a reproduction of the lunar module that had carried the two men to the surface of the moon 40 years ago next month. The two astronauts were among a veritable who’s who of luminaries from the Apollo era, as well as from missions that are currently underway or planned for the future, who gathered on campus for a three-day conference called Great Leaps that celebrated the legacy of Apollo and also examined what’s in store for mankind’s future in space.The contrast between the Apollo era and today was illustrated by countless examples, including the way the contract was awarded for the guidance and navigation system that made possible the trip to the moon and a safe landing on its surface. 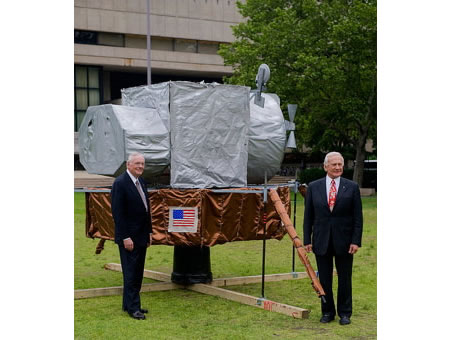 Unlike today’s lengthy competitive bidding processes and phone-book-sized government contracts, the deal was settled in one terse phone call between the head of the newly created NASA, James Webb, and the then-head of MIT’s Department of Aeronautics and Astronautics and its Instrumentation Laboratory, Charles Stark (“Doc”) Draper. The conversation, as recalled by Aero-Astro Senior Lecturer Richard Battin, went like this. Webb: “Can you produce the guidance and control system for Apollo?” Draper: “Yes.”