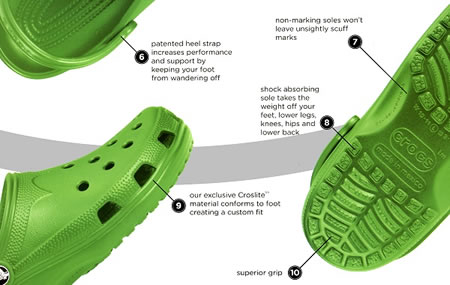 The Japanese government on Friday urged people to be careful while wearing the popular Crocs clogs or imitations on escalators after 40 people were said to have their shoes caught, with one little girl injured. A consumer safety group reported 40 incidents in which people, mostly children, had Crocs stuck on escalators from late August until early this month. One five-year-old girl broke her middle toe and three of her toenails were ripped off after her shoe was stuck on the moving stairs, said the group, the National Institute of Technology and Evaluation. Six other people were mildly injured including children as young as two, it said. The remaining 33 people reported that their shoes were damaged.

Crocs is a U.S. footwear brand that has found a fan base in Japan and other countries both among parents and children for its comfortable and flexible material that can easily grip onto surfaces.