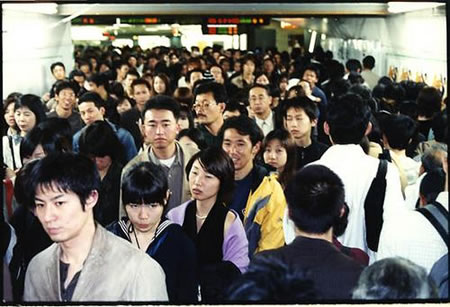 Did you just grope me? Shall we head to the police?

Did you just grope me? Shall we head to the police? That’s the message women are flashing on their cell phones with a popular program designed to ward off wandering hands in Japan’s congested commuter trains. “Anti-Groping Appli” by games developer Takahashi was released in late 2005, but has only recently climbed up popularity rankings, reaching No. 7 in this week’s top-10 cell phone applications list compiled by web-based publisher Spicy Soft Corp. 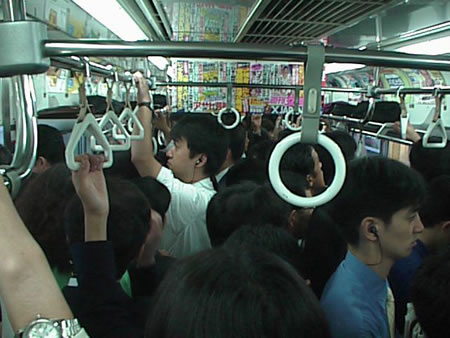 The application flashes increasingly threatening messages in bold print on the phone’s screen to show to the offender: “Excuse me, did you just grope me?” “Groping is a crime,” and finally, “Shall we head to the police?” Users press an “Anger” icon in the program to progress to the next threat. A warning chime accompanies the messages.

The application, which can be downloaded for free on web-enabled phones, is for women who want to scare away perverts with minimum hassle and without attracting attention, according to Takahashi’s website. “I first downloaded this as a joke,” said Spicy Soft official Michika Izumi. “But I think it could be a lifesaver if I get groped.”