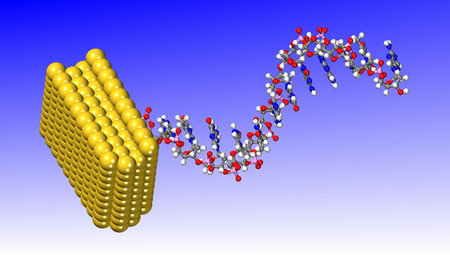 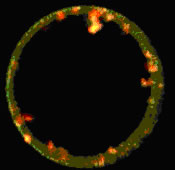 A three-party team from Japan has jointly developed a DNA chip capable of swiftly detecting and identifying pathogenic agents in the event of a biological terrorist attack. The new DNA chip, which was developed by combining the pathogenic organism detection technologies of the research institute and the university with Toshiba’s DNA detection technology, is capable of identifying about 20 pathogenic organisms including anthrax bacteria. The new system only takes about an hour to identify more than one pathogenic organism used in a bioterrorism attack, much quicker than the several hours required by existing technologies for collection, analysis and identification of an agent.

On the new DNA chip, around 20 DNA elements are arrayed on a glass substrate measuring 35 millimeters long, 50 mm wide and 10 mm thick. The DNA chip, which uses Toshiba’s electric current-detection technology, identifies a pathogenic agent after a sample of the agent collected at an attack site is placed on it. The new DNA chip will be helpful in preventing further contamination, providing appropriate treatment and arranging swift evacuations.