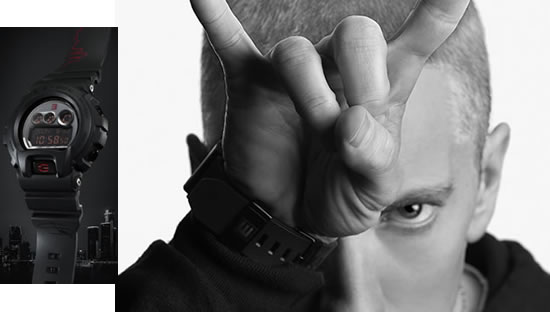 Casio celebrated the 30th anniversary of their G-SHOCK watch brand by announcing a collaborative limited edition release with hip-hop legend Eminem. The GD-X6900MNM-1 timepiece, available this December, takes the newly-revamped GD-X6900 watch face and personalizes it with Eminem iconology for a watch that is not only ruggedly functional, but also stylishly streetwise. The multi-talented Eminem is a multi-platinum and 13-time Grammy Award winning rapper, as well as record producer, songwriter and Oscar winning actor, who has sold over 80 million albums worldwide. His latest album, The Marshall Mathers LP 2, was released on November 5, 2013. It debuted at No. 1 on the Billboard 200 albums chart selling 792,000 copies in its first week.

Available in matte black with black dial and black reverse LCD, the GD-X6900MNM-1 harkens to Eminem’s emergence from the urban landscape of Detroit, the skyline of which is printed in bold red on the upper watch band. The watch face and band loop sport the reverse “E” from his stylized moniker EMINƎM. In celebration of G-SHOCK’s 30-year anniversary, Eminem will again be giving an exclusive performance at this year’s Shock the World event held in New York City. 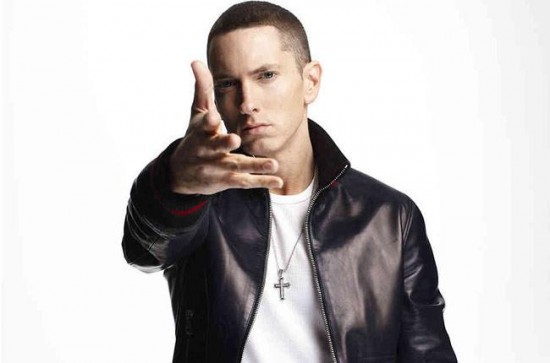