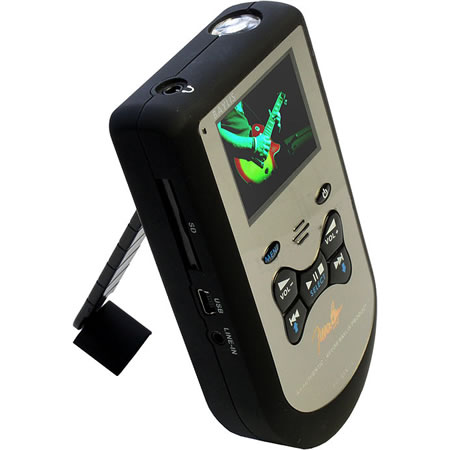 ePod -World’s first wind-up music and video player can store up to 500 songs!

The original wind-up radio, launched in 1992, used a large spring to release power over a few hours and was particularly popular with campers and holiday-makers. The latest wind-up gadgets use a dynamo to charge up small, but powerful, lithium batteries. It costs around $275 and even doubles as an emergency mobile phone charger.