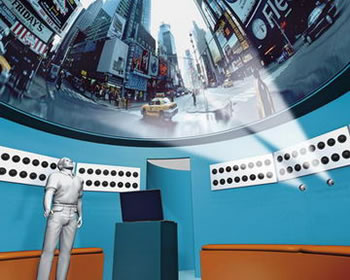 The sound they produce is distinctly superior to that offered by a conventional movie theater using systems like Dolby Digital. This dome projection system gives the audience the sensation of being completely immersed in the action. This makes it suitable for use not only in planetariums but also in movie theaters, theme parks, simulators and multimedia installations.