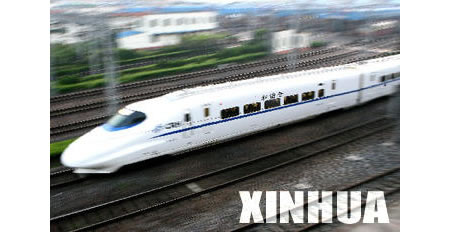 A train designed to run at speeds up to 250 km per hour left Shanghai for Suzhou early Wednesday morning, ushering in the era of high-speed rail travel in the world’s fastest growing economy. Train D460 left Shanghai at 5:38 a.m. and arrived in Suzhou 39 minutes later, cutting travel time for the 112 km journey almost in half. It felt like we were traveling on an airplane, said 78-year-old Chen Lijuan, a native of Suzhou who lives in Shanghai. In the past it took more than an hour to reach here. Chinese railway officials said last year that China accounted for a quarter of the world’s total railway transport volume, while its total rail lines were only 6 percent of the world’s total length.

The sixth speed lift will boost passenger and cargo capacity by more than 18 percent and 12 percent respectively.