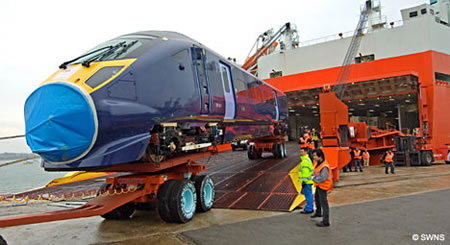 The first of the six-car Hitachi Class 395 bullet train reached Southampton on board a roll-on, roll-off ferry. Manufactured in Kasado, Japan by Hitachi, the train which arrived today is the first of four which will be delivered over the coming months. The bullet trains will be used by the Southeastern train company for domestic services on the soon-to-be-completed final section of the Channel Tunnel Rail link from Kent into central London. The remaining 25 trains will arrive in 2009 in time for the start of the new services in December of that year. When these trains enter service, they will slash journey times across the region, encourage more people to travel by train and bring new standards of comfort and reliability. 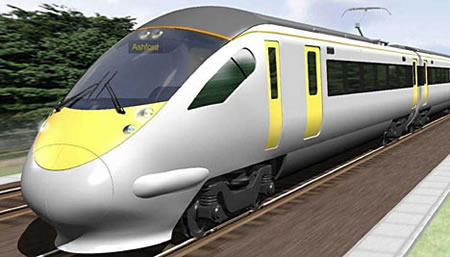 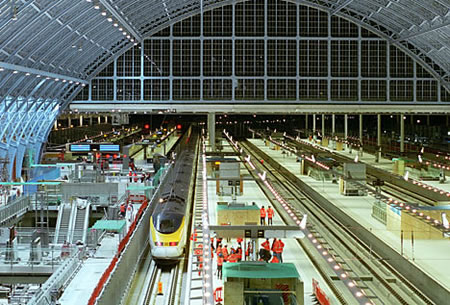 The Hitachi Class 395 bullet trains will also play a key role in 2012 London Olympics transport provision by taking spectators from St Pancras station in London to the Olympics site at Stratford, east London, in just seven minutes in a service to be known as the Olympic Javelin. The new trains will be quicker than any service except Eurostar.