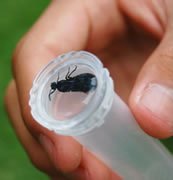 The pneumatic Fly-Goodbye Bug Hunter from Century Japan sucks insects is highly safe to use. The shotgun type Bug Hunter sucks the insects when you press the trigger and works without electricity. On the front is attached the capture tube, in which the insect is captured. The Bug Hunter comes with magnifying glass and three cartridges. 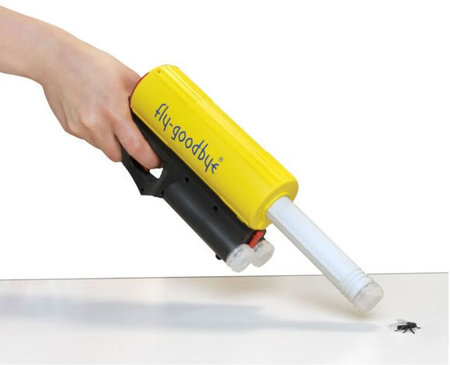 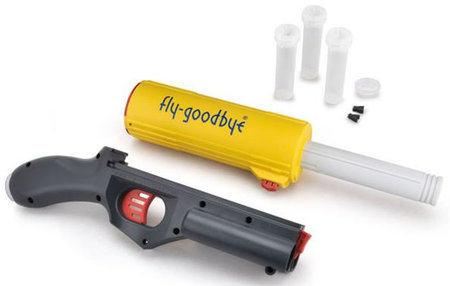 The insects caught are placed in the cartridge and can be viewed with the magnifying glass. The Fly-Goodbye Bug Hunter measures 370 × 110 × 55mm, weigh approximately 350g. The century Bug Hunter comes with two captured insects and is available-where else in Japan for approximately 2,980 yen ($37).