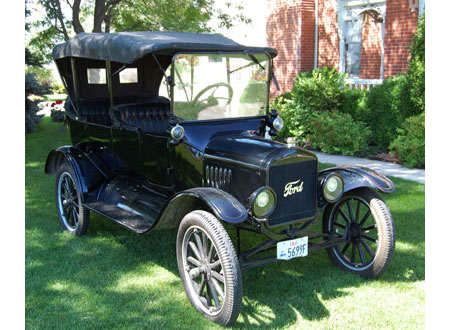 According Internal Combustion author Edwin Black, Thomas Edison and his protégé Henry Ford were developing an all-electric version of the Model T that both men hoped would break the back of the powerful industrial cartels of their time. When a suspicious industrial fire destroyed Edison’s research complex in West Orange, NJ, the collaboration that might have changed the face of the America in the formative years of the Auto Age faded into a footnote of history. Instead, it would be a father and son team in Utah that would eventually realize Edison and Ford’s dream. Ken Robbins and his son Denver, the owner of Dark Sun Productions, have taken their 1922 Ford Model T Touring car and converted it to run on electric power for a surprisingly small amount of money, plus their own time. Using the drive motor and controller from a used EZ-Go electric golf car, they have created a quiet, clean and reliable EV that remains true to its 85-year-old heritage. 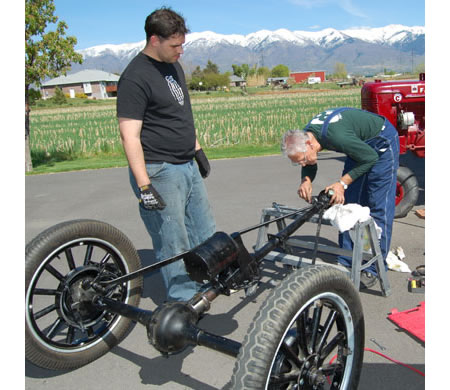 Ken Robbins advice to anyone else looking to convert an antique car is do lots of planning and measuring before doing anything else.
Source-