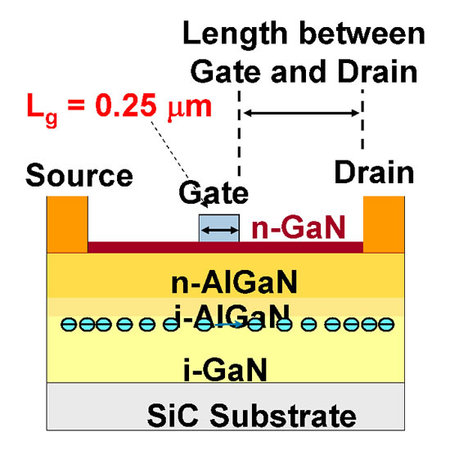 Fujitsu today announced the development of the world’s first 101-watt (101-W) X-band high-output amplifier achieving the world’s highest efficiency of 53% using gallium nitride high electron-mobility transistors (HEMTs). Compared to X-band amplifiers with same-class output power using gallium arsenide (GaAs) HEMTs, this new amplifier can save much power dissipation and can be expected to achieve twice the range. By employing the new amplifier in the C band , Fujitsu achieved an output of 343 W, an advance over the 320 W output reported by Fujitsu Laboratories in 2008 which was the world’s highest at that time. 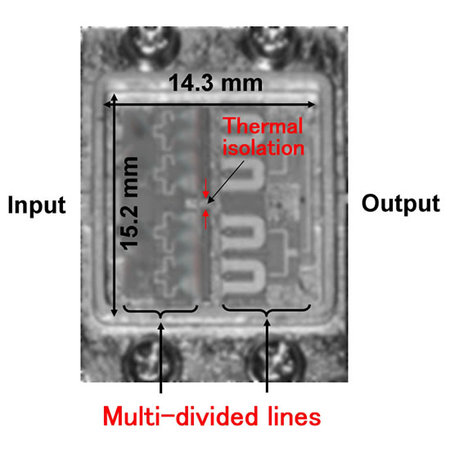 Compared to conventional amplifiers employing GaAs HEMTs, it is anticipated that this new GaN HEMT-based amplifier can achieve a range that is 2.6 times as great in the C band. This new amplifier technology may enable smaller, more energy-efficient, higher performance, and longer-lasting transmission systems in radars, satellite communications, and advanced mobile-phone base stations.