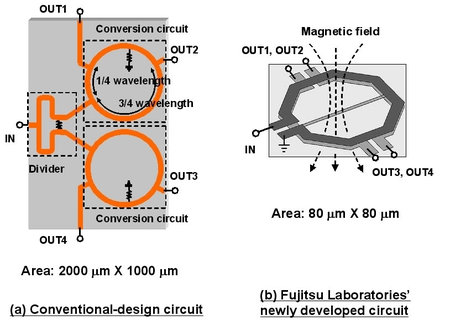 With a die size of 1.2 mm x 2.4 mm, this is the smallest example of a CMOS-based transceiver for the millimeter-band RF that has been reported thus far at an academic conference. Details of this technology were presented at the IEEE International Solid-State Circuits Conference 2009 (ISSCC 2009), held in San Francisco from February 8 to February 12.