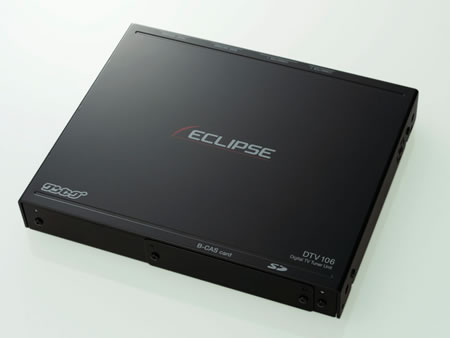 Fujitsu Ten has announced a new model in their “ECLIPSE” line of terrestrial digital tuner the DTV106. The new tuner is so small it can be easily placed below the car seat. With easy installation you can enjoy clear reception of terrestrial digital television broadcast. With 4ch antenna system- front 2ch + rear 2ch you are assured crisp, clear reception while traveling. Signals from the four antennas are controlled, by the control IC which stabilizes reception for each antenna individually for optimum, high reception. Buyers have a choice of buying a pole antenna if it is not possible to attach rear antennas or can use the front antennas only.