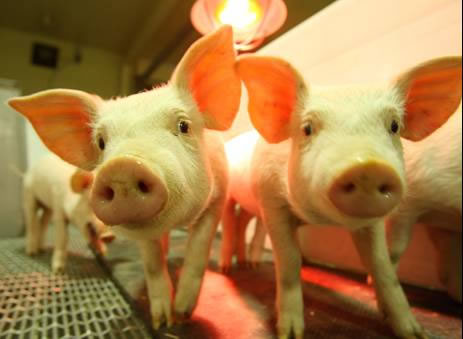 Korean Scientists participating in a government-backed biotechnology project has produced genetically engineered pig clones with organs designed for human transplants. A research team led by Chung Nam University’s Jin Dong-il and local bio-tech firm Mgen said that their cloned piglet, born on May 11, has been genetically altered to have the fas ligand (FasL) protein, which plays an important role in regulating the human immune system. Organs from FasL-expressing pigs could have a lesser risk of rejection when transplanted into humans.

The researchers are seeking mass production of these genetically engineered pigs, which are designed to produce humanized organs and organ parts such as pancreatic islets of Langerhans, heart valves and hearts. These organ farms may help solve one of medicine’s fastest growing problems ― the shortage of organs for transplant surgery. However, the track record for xeno-transplants has thus far been nothing short of disastrous.