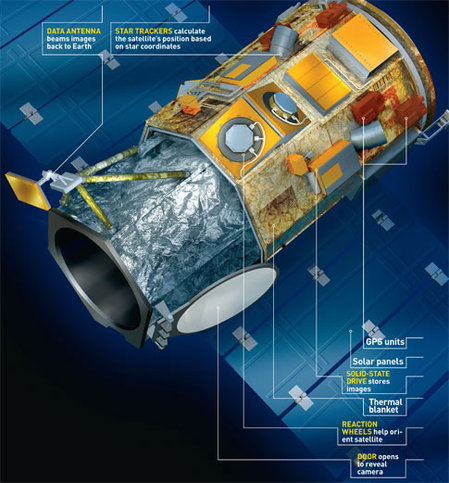 GeoEye-1, the world’s highest-resolution commercial Earth-imaging satellite, was launched into space from Vandenberg Air Force Base in California. Weighing about 1957 kg GeoEye-1 was launched at 11:50 a.m. PDT (1850 GMT) on a Delta 2 rocket. GeoEye’s ground station in Norway relayed the downlink signal it received from GeoEye-1 confirming that the satellite successfully separated from the second stage of the launch vehicle and began automatically initializing its onboard systems. GeoEye-1 will now undergo a calibration and check-out period before imagery products will be available for sale.

GeoEye-1 will simultaneously collect 0.41-meter ground resolution black-and-white (panchromatic) images and 1.65-meter color (multispectral) images. Designed to take digital images of the Earth from 681 km and moving at a speed of about seven km per second, the satellite camera can distinguish objects on the Earth’s surface as small as 0.41-meter in size.