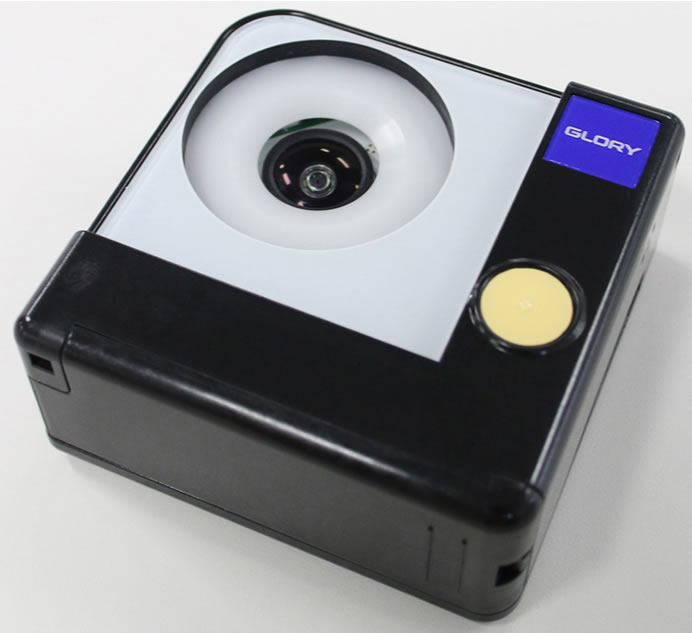 Glory, a pioneer in the development and manufacture of money handling machines and systems has developed a new portable handy banknote reader QN-20 which reads and announces the denomination of Japanese banknotes (¥10,000, 5,000, 1,000 (issued in 2004), ¥2,000 (issued in 2000) to the visually impaired. Banknotes currently in circulation include the following special features for the visually impaired to help them judge the denomination themselves: special markings in a rough texture and a hologram seal having a different texture from other printed areas. These features, however, deteriorate in the course of banknote circulation.

The QN-20 operates as follows: Users shall apply one of the four corners of a banknote either face up or face down onto the upper surface of the machine right above the incorporated camera and press a button in the machine to instantly read the image of the banknote. The machine will then judge and announce its denomination in a pre-recorded voice or by vibration frequencies. The QN-20 will be sold through its sole agent in Japan- TimesCorporation .