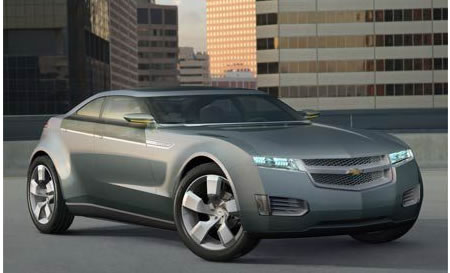 General Motors Corp. and A123Systems, Inc. will co-develop cells with A123System’s nanophosphate battery chemistry for a long-lasting, safe and powerful battery for use in GM’s electric drive E-Flex system. The agreement is expected to expedite the development of the batteries for both electric plug-in vehicles and fuel cell variants of the E-Flex architecture. A123Systems currently manufactures over ten million cells annually making it the world’s largest producer of batteries with nanophosphate chemistry. Most of these cells are used in rechargeable power tools. The E-Flex electric vehicle architecture was first shown in the Chevy Volt concept car revealed earlier this year. For average commuters driving 40 miles, the Chevy Volt will use zero gasoline and produce zero emissions and could nearly eliminate going to the gas station altogether.

The co-development of this battery technology is the latest step in GM’s efforts to diversify the transportation away from petroleum with a range of alternatives. GM is also a leading producer of E-85 capable bio-fuel vehicles, with more than two million on the road.