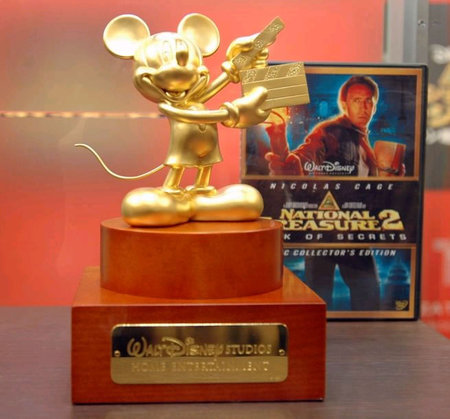 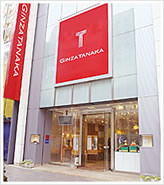 Walt Disney Studio Home Entertainment and jeweler Ginza Tanaka have made this gold Mickey Mouse statue as part of a campaign to promote the Blu-ray DVD release of “National Treasure 2: Book of Secrets.” The 12-cm-tall, 1-kg statue, which is valued at 3.23 million yen ($31 095) will be displayed in Tanaka’s Ginza store through April 29, and then tour Osaka, Nagoya, Fukuoka and Sendai.