Hayabusa movie to hit the big screen in February 2012

Gathering around a life-sized scale model of the Hayabusa spacecraft, actor Ken Watanabe, front row second from left, poses with Hayabusa project team members during a press conference to promote his latest film “Hayabusa,” in Tokyo on Tuesday. Hayabusa’s capsule successfully returned to Earth last year with particles collected from an asteroid for the first time in history after a seven-year journey. 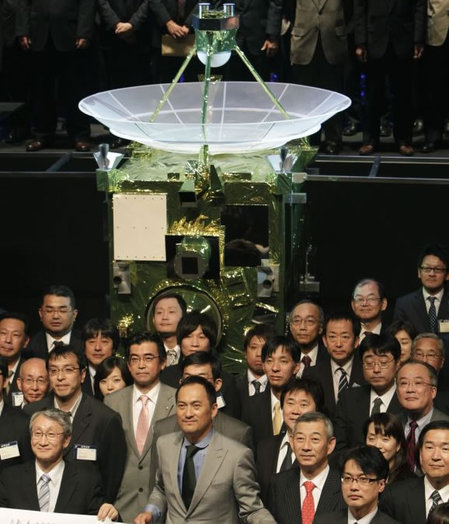 The 12 million yen ($155 820) spacecraft model was made to be used in the film which is due to hit the big screen in February. Launched May 9, 2003, from the Kagoshima Space Center, Uchinoura, Japan, Hayabusa was designed as a flying test bed. Its mission: to research several new engineering technologies necessary for returning planetary samples to Earth for further study. 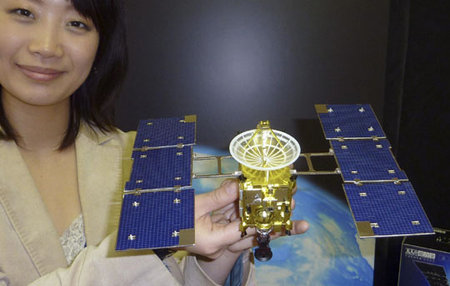 With Hayabusa, JAXA scientists and engineers hoped to obtain detailed information on electrical propulsion and autonomous navigation, as well as an asteroid sampler and sample reentry capsule. The 510-kilogram (950-pound) Hayabusa spacecraft rendezvoused with asteroid Itokawa in September 2005. On Nov. 25 of that year, Hayabusa briefly touched down on the surface of Itokawa. The spacecraft departed Itokawa in January 2007. A team of Japanese and American navigators guided Hayabusa on the final leg of its journey.