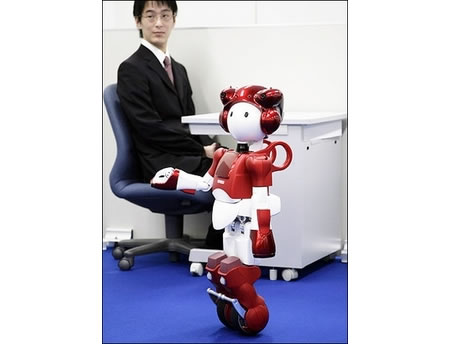 Hitachi on Wednesday unveiled a new lightweight robot “EMIEW 2” that can converse while easily scooting around people. In a first for a humanoid, the robot has convertible legs, allowing it to walk on two legs or roll about on either two or four wheels. In a demonstration near Tokyo, the red and white robot, designed to run errands in offices, wasn’t prepared for the jam of lunch-break wireless network traffic at the company’s research center. Unable to communicate with its handler’s laptop, it smashed into the office furniture as reporters gasped. 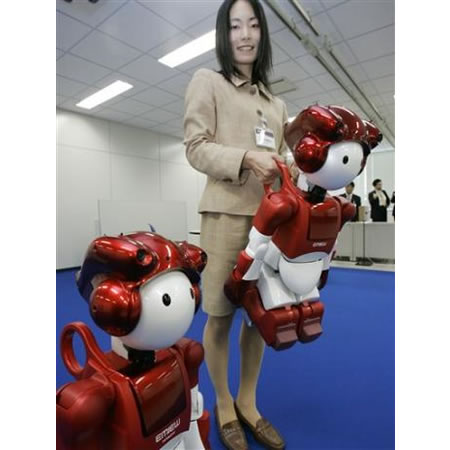 Standing 80 centimeters tall and weighing 13 kg , the Hitachi “EMIEW 2” robot demonstrates a step towards production of machines that can live with and support humans, a company statement said. Sensors on the machine enable the robot to learn the locations of objects and open spaces in an office while recognizing moving people. The robot can also serve as a receptionist or after-hour security monitor.