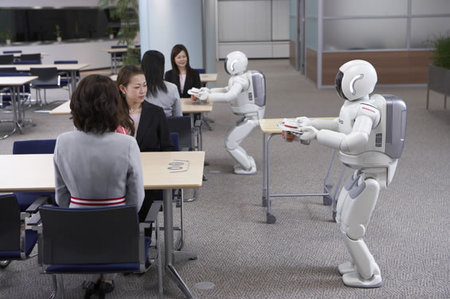 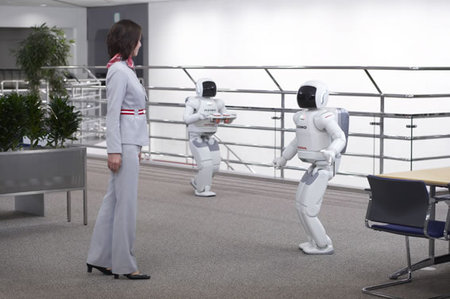 Furthermore, a new comprehensive system was developed so that multiple ASIMOs can share tasks by adjusting to the situation and work together in coordination to provide uninterrupted service. For example, if one ASIMO is idled while recharging, other ASIMO robots will step in and perform assigned tasks.ASIMO identifies oncoming people through its eye camera, calculates traveling direction and speed, predicts forthcoming movements of oncoming people, and chooses the most appropriate path so that it will not block the movement of others. When there is not enough space, ASIMO will step back and yield the right-of-way. 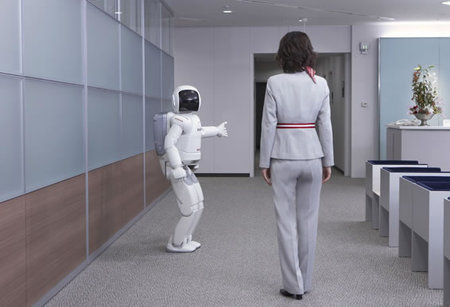 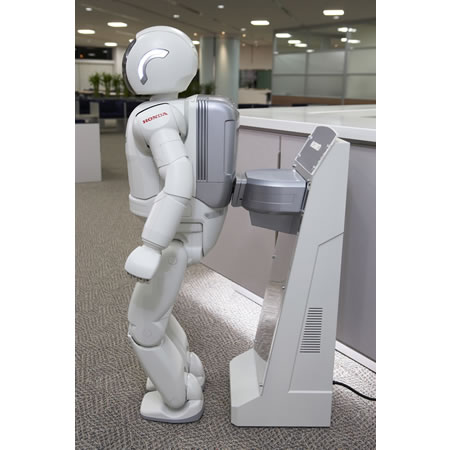 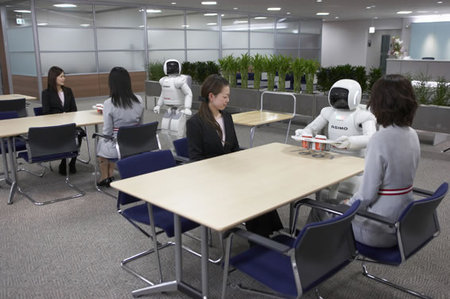 Honda will begin test operations of two ASIMOs equipped with these newly developed technologies December 12, at the second floor lobby of Honda’s Aoyama headquarters. The newly developed technologies, which enable ASIMO to operate in an environment with people and other ASIMOs, bring Honda one step closer to the development of a humanoid robot that can be put to practical use in a real world .