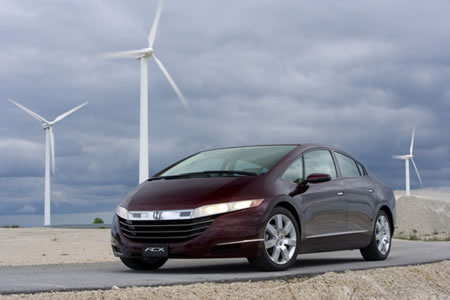 Honda’s next-generation FCX Concept fuel cell vehicle made its European driving debut at the Gotland Ring in Sweden. The vehicle is highly efficient, with an energy efficiency of around 60 percent; approximately three times that of a petrol-engine vehicle, twice that of a hybrid vehicle and 10 percent better than the current FCX.The new fuel cell stack is 20 percent smaller and 30 percent lighter than the current FCX FC Stack, yet its power output is 14kW greater. The drive motor has been positioned coaxially with the gearbox for a more compact design, with output increased by 15kW. Overall, the power plant is about 180kg lighter than that of the current FCX and about 40 percent smaller in volume. The result is improved energy efficiency and performance along with a more spacious interior. 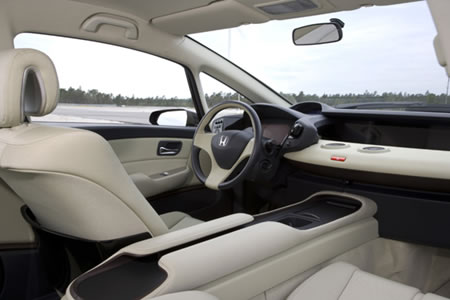 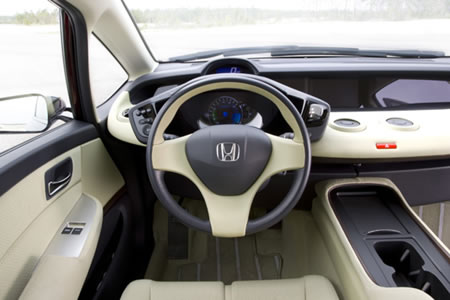 As an auxiliary power source, the FCX Concept carries a compact, high-efficiency lithium ion battery, contributing to increased power output and a more compact power plant. These efficiency improvements to major power plant components give the vehicle a travel range approximately 30 percent greater than the current FCX. Limited marketing of Honda FCX Concept vehicle is on target to begin in 2008 in Japan and the U.S. and the focus will be to deliver a new dimension in environmentally friendly driving pleasure not found with petrol-engine vehicles.