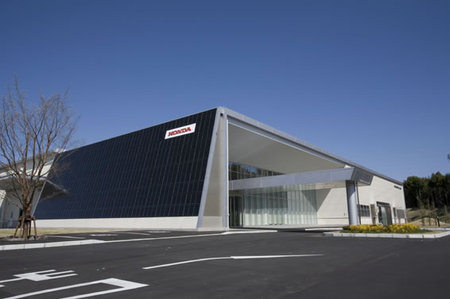 Honda Soltec Co., Ltd., commemorated the opening of its solar cell production plant with a ceremony attended by approximately 80 dignitaries, guests and Honda officials at Kumamoto prefecture. Using thin film made from a compound of copper, indium, gallium and selenium (CIGS) instead of silicon, Honda’s next-generation solar cell achieves a major reduction of approximately 50% in the amount of energy consumed during the manufacturing process compared to what is required to produce conventional crystal silicon solar cells. This makes Honda’s solar cell more environmentally-responsible even during the production stage. 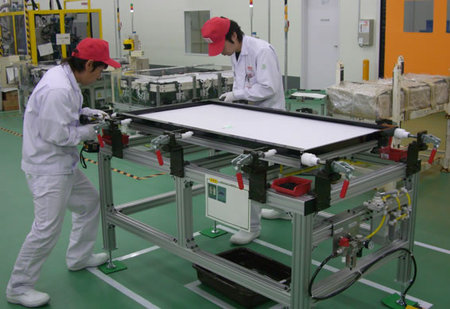 Honda Soltec began mass production of solar cells in October, and the annual production will reach the full capacity of 27.5 megawatts (an equivalent amount of electricity to power approximately 9,000 houses) by next spring. Honda will also work to begin exports of Honda solar cells from its new operation based in Kumamoto.