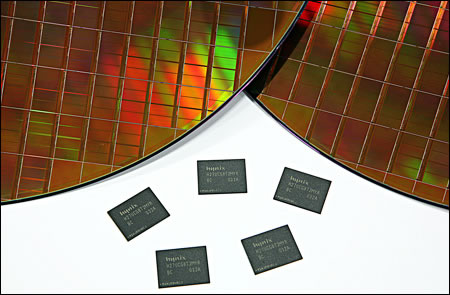 Hynix today announced that it has begun mass production of 64Gigabit NAND Flash using 20nm class technology at its 300mm Fabrication, M11 in Cheo ngju site. The new flash memories have enhanced the production efficiency by 60 percent compared to those of 32-gigabit with 30-nanomoter technology. The chips will be used in high-end mobile devices such as smartphones, tablet-style PCs that need big data capacity and faster processing.

Hynix has also developed a NAND flash solution product by teaming up with Israeli semiconductor company Anobit Technologies. Hynix is planning to boost the monthly product output of the advanced chips to 80,000 units by the end of this year from 45,000 units earlier this year.