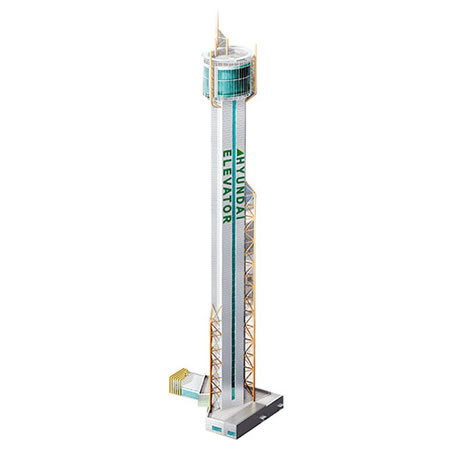 When completed, the tower will be 10 m taller than the 173 m-tall elevator test tower of Mitsubishi Electric in Japan, which is currently the tallest in the world.