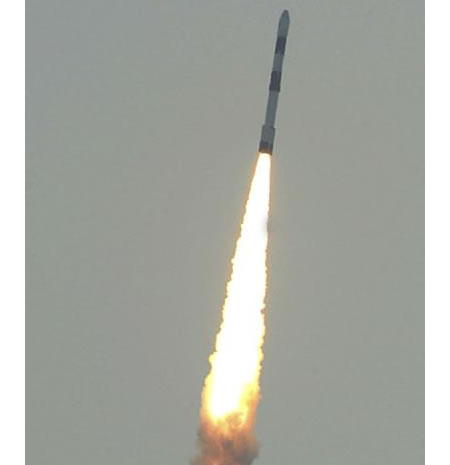 In a textbook launch, India’s indigenously built PSLV-C15 rocket successfully placed 5 satellites into orbit. The 44.4 metre-tall four-stage PSLV-C-15, costing Rs 260 crore, blasted off from a launch pad at the Satish Dhawan Space Centre with ignition of the core first stage and placed the satellites in orbit one after the other. The PSLV C15 carried five satellites, which also included a remote sensing satellite, the Cartosat 2B and one pico satellite called the STUDSAT made by engineering college students of Andhra Pradesh and Karnataka. The other satellites were Alsat from Algeria, two nano satellites from Canada and Switzerland.