In exploring some of the world’s tallest and most treacherous peaks, one new piece of equipment has become essential to mountaineers Adrian Ballinger and Emily Harrington: their iPad. Instead of relying on paper maps to prepare for their expeditions, they study details of remote regions using iPad and the Gaia GPS topography app. “Five years ago, it was hard to even get a paper map of some of these places,” Ballinger says. 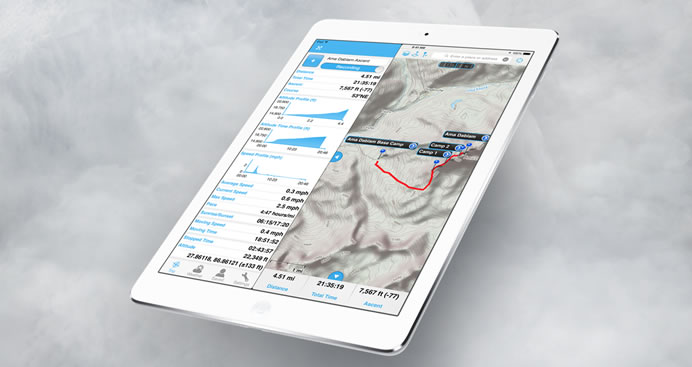 “Now with the iPad it’s remarkable how much we can plan ahead.” The climbers also use iPad to blog and post photos during an expedition instead of recounting their story when the trek is over. And iPad is an important tool during extreme weather, as Ballinger and Harrington rely on it to make sure they stay on track. “In a whiteout,” says Harrington, “being able to see where you are on the mountain can be a matter of life or death. iPad is the only way to tell where we’re going.” Read more: apple.com/your-verse