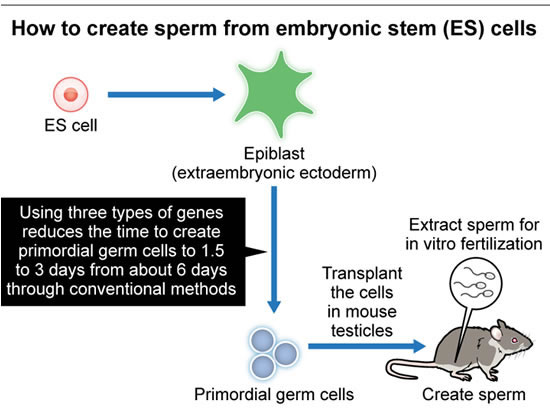 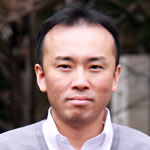 A Japanese research team led by Mitinori Saitou, a professor specializing in germ cell biology at the Kyoto University Graduate School of Medicine has found a new method of transforming embryonic stem cells to generate sperm faster and more efficiently. This finding that could lead to a clearer understanding of how sperm and ova are created. The new method follows the team’s announcement in 2011 that it had produced sperm from induced pluripotent stem (iPS) cells and ES cells for the first time. Under the original method using mice, ES cells were first transformed into cells called epiblasts (extraembryonic ectoderm). These, in turn, became primordial germ cells, which lead to the creation of sperm and ova. 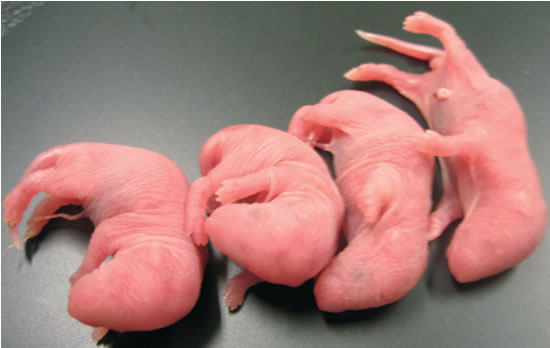