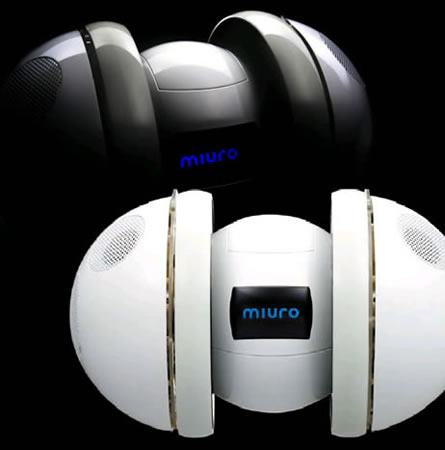 A new Japanese robot twists and rolls to iPod tunes in an intricate dance based on complex mathematics, a technology developer said will one day enable robots to move about spontaneously instead of following preprogrammed motions. Equipped with Kenwood Corp. speaker systems, Tokyo-based venture ZMP Inc.’s 35-centimetre long Miuro robot _ which looks like a white ball wedged between two halves of an egg _ wheels about in time with music from an iPod portable player, which locks into the machine. At a demonstration in Tokyo on Thursday, the 5-kilogram Miuro pivoted about on a stage in time to beats of a pop music track. Its dance wasn’t preprogrammed, but generated by the robot itself.The new prototype Miuro is fitted with software based on what scientists call chaotic itinerancy, a mathematical pattern similar to the movements of a bee circling from flower to flower as it collects nectar.

This allows the new Miuro to act spontaneously and unpredictably _ “just like a child playing,” said Tokyo University researcher Takashi Ikegami, who developed the software. Other improvements will let users set the Miuro like an alarm clock so it wheels into the bedroom and blasts music at a certain time. Future versions of the Miuro will also use inbuilt sensors to proactively seek out people to play tunes to, he said.Miuro, short for “music innovation based on utility robot technology,” is only on sale in Japan. ZMP did not give a date for the release of the new prototype.
Source