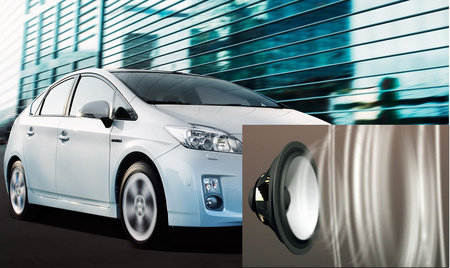 Japan’s near-silent hybrid cars have been called dangerous by the vision-impaired and some users, prompting a government review on whether to add a noise-making device, according to an official. The petrol-electric vehicles, which in recent months have become Japan’s top-selling autos, hum along almost soundlessly when they are switched from fuel to battery mode. Automobile users and vision-impaired people feel hybrid vehicles are dangerous as there are no engine sounds from hybrid vehicles when running at low speed.

The ministry has launched a panel of scholars, vision-impaired groups, consumers, police and the automobile industry to discuss the matter. The panel is expected to draw up a report by the end of the year. Its proposal will be discussed at the ministry’s committee on automobile safety before it could be drafted into legislation.A cheaper, revamped Prius, rolled out in Japan in late May by Toyota has been a huge hit, drawing orders for 200,000 units.