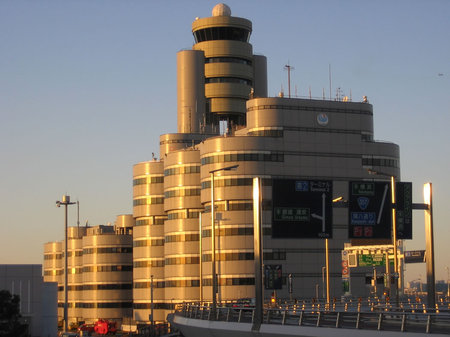 The new control tower being built at the Tokyo International Airport in Haneda will be the tallest in Japan and the third tallest in the world. The 116-meter tower, which will exceed the current 78-meter tower by almost half, is being built in preparation for the completion of the fourth runway in autumn 2010.

The new fourth runway will increase the number of departures and landings at the airport by up to 110,000 a year. Of those, 30,000 will be for international flights. The control tower is scheduled for completion before summer this year. It will be put into operation in the middle of January 2010.