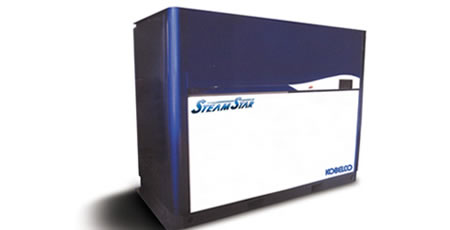 Kobe Steel Japan has developed a compact power generator Steam Star.The Steam Star uses exhaust steam to produce electricity. The eco-friendly generator is suitable for medium size factories where steam is produced. The Steam Star with a maximum output of 132 kilowatts turns its screws by using exhaust steam generated through industrial waste combustion. Users of the device, if they operate the machine for 6,000 hours per year, will be able to reduce their annual carbon dioxide emissions by 440 tons compared with use of electricity generated by thermal power plants.

Kobe Steel Steam Star, can also be adopted by plants using steam as a source of heat in the manufacturing process, including those processing foods, paper-pulp and wood materials.