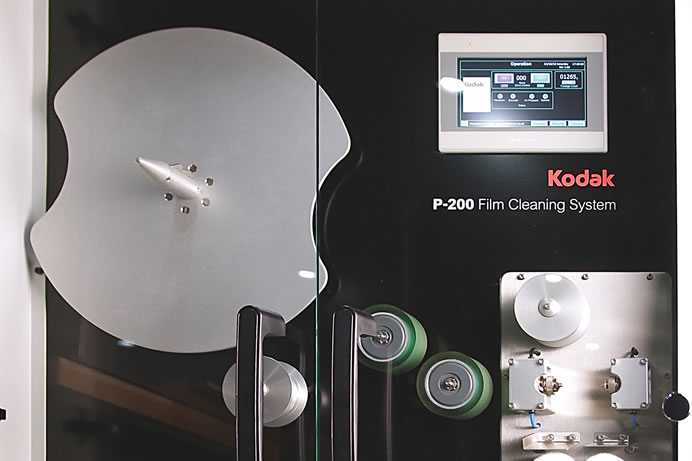 Kodak announced the release of a new, groundbreaking P-200 Film Cleaning System that transforms the traditional film cleaning process. The revolutionary design allows the cleaning solvent to be dispersed on the film surface in a unique way. This economical, compact and digitally controlled system, which uses KODAK HFE 7200 Film Cleaner Solution, makes it ideal for today’s archives and libraries. In most cases, film needs to be cleaned before being stored in a library and prior to being digitized. Now, with the KODAK P-200 Film Cleaning System, institutions responsible for media collections can maintain their valuable film assets to the highest standards for a very small investment and very minimal infrastructure requirements. 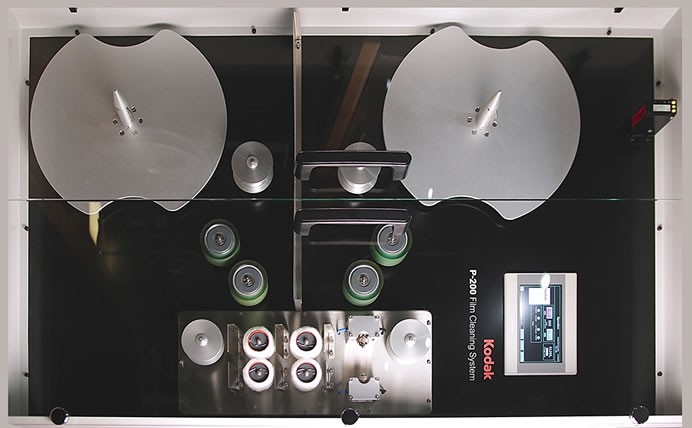 The KODAK P-200 system consists of a compact machine that measures only 31w x 21d x 51h inches with touchscreen controls for navigating the operating modes. It uses Kodak HFE 7200 Film Cleaner Solution, an environmentally safe solvent with a zero ozone depleting classification, and a very low toxicity rating (near zero). Adding to the system’s efficiencies, Kodak is offering the solvent in low quantities for the first time, eliminating the need to invest in large orders of film cleaning supplies. The KODAK P-200 Film Cleaning System offers Variable Speed Precision Tension Control, a laser-guided feature that can operate with speeds of 50-200 fpm while maintaining consistent and even tension throughout the wind of the roll, which is especially beneficial for long-term archiving.